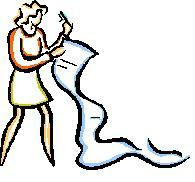 'Twas the night before Christmas, and as promised, I couldn't resist the same kind of list making that marks most media this time of year.

So here they are, my 2006 lists of Philanthro-hype.


First: "The Five Most Hyped Philanthropic Stories of 2006"

1. Google.org. OK, its a new structure. Now do something.
2. Muhammad Yunus and the Noble Peace Prize. Just two thoughts, his work is great, but a Nobel in Economics would have made more sense. Second, this is an almost classic case of the 30 year "overnight sensation."
3. Buffett's gift to Gates. Hats off for recognizing the potential to use existing resources (Namely The Gates Foundation's infrastructure - two steps forward towards alignment and aggregation of philanthropic resources. Good for you.) Now do something.
4. Rock/pop/movie stars saving Africa (Actually, I don't think so)
5. Microfinance - new, cool, and sexy. (See number two)


Second: "Five Trends That Should Actually Matter to Philanthropy in 2007 & Beyond"

1. The aging of the population in the northern and western hemispheres
2. China's investments in Africa
3. Real citizen media
4. Meaningful commercial investments (in scale and scope) in social good, including online philanthropy exchanges. 2007 might be the breakthrough year I've been predicting - will we reach critical mass in terms of financial innovation, public interest, social responsibility, and good ol' guilt/fear/possibility as motivators?
5. Is it hot in here or is it just the planet warming up?


Third: " The [X] List of Actions, Inventions or Commitments to the social good that Didn't Get the Hype they Deserve." This is a list without limits. I've posted mine below - send me your nominations.

Environment:
Sweden's commitment to be oil-free by 2021
LifeStraw (also file under health)

Community
Save the commons

Finally, here is my list of other people's lists that I found interesting:

Lists of lists Courtesy of Fimoculous.com

Great message! I think the Africa charities that didn't get the hype deserbved to be recognized, especially PlayPumps. That's a great sustainable project that gets clean water to communities. I put them on my short list for year-end giving. WaterPartners is also a great group. All this will matter over the next ten years if we don't work now.

I strongly agree with the above commenter. There have been a number of amazing break through programs that actually work and have an impact on people - rather than aid agencies throwing money at problems. I am glad you also noted China's investment in Africa. I have been watching the developments of China-Africa relations as my work is focused in Africa. Within a short time frame I am sure this will have a bearing on how the West aids Africa.