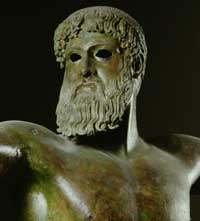 Back in the 1960s an important myth was born. Foundation philanthropy was to serve as the "research and development" arm of government.

I've spent a lot of time trying to peel back the layers of this myth. I can trace it to a few programs (e.g. A Better Chance) funded by The Rockefeller Foundation which were picked up by the federal government (Upward Bound). This dynamic was helped along by close personal ties between staff members of the foundation and the Kennedy and Johnson administrations. Similarly, The Ford Foundation funded a few programs which heavily influenced the Great Cities Program and the War on Poverty.

These examples, and one or two others that may exist, occurred in about a five-year window from 1961-66. From this limited sample, foundations - especially those on the center and left of the political spectrum - have built themselves two important myths that shape how they work.

Myth #1: Foundations fund innovation and the public sector implements it ("Foundations pilot and the government replicates").

Myth #2: The myth of sustainability ("Foundations will fund a pilot and the public sector will support it from then on.)

Besides the fact that these myths don't hold true, its high time to dump them for another important reason: philanthropy is busy building itself a new myth.

This time, philanthropy is going to be the "research and development arm" or, perhaps more accurately, "a new investment resource" for the marketplace. How else to explain the remarkable growth in foundation initiatives that seek market solutions - from the Rockefeller and Gates work for a second "Green Revolution," to Richard Branson's bold euphemisms about "giving" his profits to alternative energy investments and the preference for hybrid structures such as Omidyar.net and Google.org. Foundations seem to have confused "sustainable" with "market-supported."

At best, I'm skeptical. The old myth was a myth, this one may be also. And while I think there is plenty of room to innovate in the market to direct additional financial resources to social change, rearranging the equation so that philanthropic innovation provides more resources for the marketplace may solve problems, but not the ones that matter.
Tags: philanthropy, socialchange, socialentrepreneurs, activism, activism, technology, Rockefeller Foundation, Gates Foundation, Ford Foundation, Omidyar.net, Google.org, learning, knowledge, market, finance, capital, social capital