The blockchain and civil society 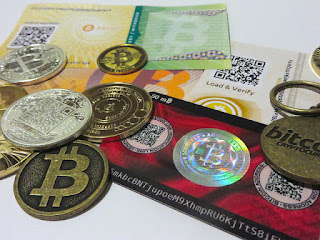 A lot of the excitement about the blockchain - the distributed ledger technology that undergirds currencies such as bitcoin - has to do with the potential of distributed authority and record keeping. Super enthusiasts think it could do away with traditional regulatory practices and intermediaries.

I think the pendulum of history will show that such a tech-dependent, unmonitored future is not without real challenges and won't come to pass. By now we ought to accept that algorithms alone don't provide due process, recourse and redress procedures, or protection against discrimination.

That said, why don't we investigate uses of the blockchain that aren't designed to disrupt but to complement (heresy, I know).

As algorithms and data become core resources for public policy, and as shared social goods and research on people increasingly depends on either deliberately or de facto black box decision making, there's a lot of interest in expanding Institutional Review Boards out from the halls of scientific research and academia into the community. This has potential and problems. Another idea is to use external ethics panels. This, too, has pluses and minuses.

The technology is said to facilitate private transactions, recorded in a public way that can't be (hyperbole alert!) be altered.

Here are some ideas for how it might be useful in  civil society:

Got more ideas? Please add them. MIT has launched a new Digital Currency Initiative - a great opportunity to be part of their research agenda.

A memorial to free speech

This stopped me in my tracks this morning. Apropos my comments about park benches on the Internet, let us hope we don't yet need to memorialize free speech. 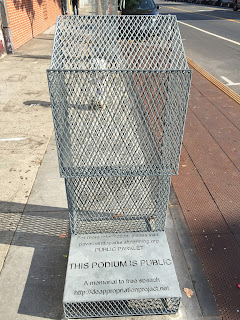 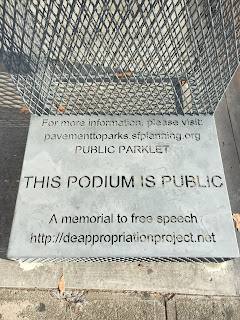 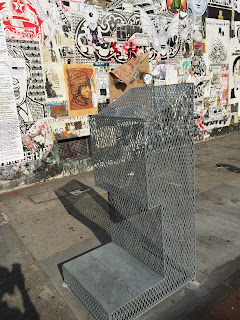 Park benches on the internet 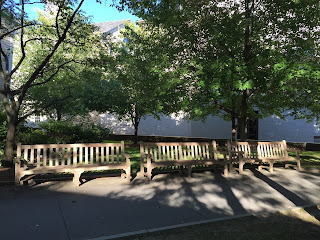 Park benches are really important. They are places where you can grab a seat by yourself and read without anyone else knowing what you're reading. Or sit with a friend and chat and not be overheard. Or step out at midday with a work colleague to complain about your boss or plan your startup, without being listened to.

Our actions on the Internet are listened to. Monitored. Scraped. Mined. Stored. If you read a book on a Kindle, Amazon knows the page number where you stopped. Read blogs, websites, Tumblr posts, newsletters - all tracked. Social media - stored. Text messages - stored. Search history - stored.

There are no park benches on the Internet.

Why does this matter to civil society and philanthropy?

In order to develop independent ideas, we need places to think and learn without fear of being wrong or curious or different. We need private places where can study new ideas or develop different ways of framing a problem or try out someone else's ideas. Only then do we come together with others to debate, discuss, make plans, take action, make change. With no private place to think or read there is no space for ideas to develop. Without the development and exchange of ideas there is no free expression. Without places to debate and exchange and share and discuss and improve those ideas, there is no assembly. Without space for expression and assembly, there is no civil society.