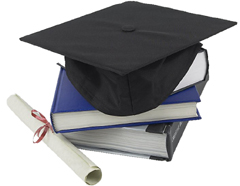 The pile of New Yorker magazines by my bed is almost two feet tall. When I do get a chance to read the magazine I reach in, grab a copy, and indulge without bothering to look at the date. Given the height of the pile, the issue might be from any week in the past three to six months. Which adds to the fun of reading "The Talk of the Town section," for which timeliness often matters and which I invariably read with the benefit (or pain) of hindsight.

Dorothy Wickenden's column, "Top of the Class," from the October 2, 2006 issue didn't turn so much on "the moment" in which it was written but on the moments to come that it brought to mind. In brief, her piece addresses the decisions by Harvard and other Ivies to end the early admissions process which so blatantly favors elite kids with deep familial awareness of how the system works. It is an attempt to end, as Wickenden puts it, "reverse affirmative action."

And it won't make much difference, she goes on to argue. The system is heavily weighted against children from poor families and/or first-generation college applicants. She quotes statistics from The Century Foundation that note only 3% of students at the nation's 146 most competitive colleges come from "families whose level of education, jobs, and income put them in the bottom socio-economic quarter." (p. 35)

What really struck me, however, was still to come. Noting elite colleges' preferences for legacy students and those whose families might significantly add to the endowment, Wickenden notes:

"...And its certainly not the colleges fault that the financing of education for the less well-off, like so much else these days, is being increasingly left to the private sector....Congress is more beholden than academe to its wealthiest contributors, and more willing to compromise its principles - like equal opportunity - that its members claim to cherish.' (p. 36)

This reality is truly depressing. This is a broken system. And I think more damage is on the horizon. This Sunday, the San Francisco Chronicle ran a story about tech entrepreneurs "dropping out (of school) and cashing in." As the story notes, quoting Paul Saffo of the Institute for the Future, "Everything that would get you detention in school will get you funding in Silicon Valley."

More and more often the biggest fortunes are being made by people who don't stick around for degrees - witness Bill Gates, Larry Ellison, Steve Jobs and Michael Dell.* The Google guys finished college but dropped out of grad school.

Soon it seems, the whiz kids who hit the biggest financial jackpots won't even have alma maters to dote on. Then we'll see what happens to early admissions at Harvard.

*At least Gates and Dell have focused much of their philanthropy so far on education, both K-12 and higher education.