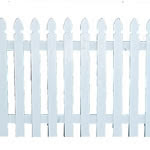 A new online magazine takes the photo sharing of Flickr one step farther. 8020 Publishing has launched JPG, a hybrid online photo magazine that seeks photos from anyone, anywhere. Halsey Minor, founder of C/NET is behind the venture.

So what for philanthropy?
The principle at work here is "user-generated content" or "crowd sourcing." Its a step beyond the wisdom of crowds because its a way of getting the world to do your work for you. This is a principle embodied by Tom Sawyer and the painting of his picket fence and now 'scaled' to new heights through everything from YouTube to OhMyNews to wikipedia.

The technologies may not matter to philanthropy (though I think they should) but the principles do. The folks 'out there' know what matters. They know what they like and what they need. Given the right tools, they will share that information in ways expected and unexpected, and ways that are potentially quite powerful. How powerful? One need only point to some of the political action in Korea fomented by OhMyNews, the photos from the London subway bombing taken by cellphone cameras and posted to blogs, and the success of bloggers in keeping the heat on political miscreants like Trent Lott and others.

Its important to note that Halsey Minor of C/NET is behind JPG. C/NET - Minor's first big hit - is a perfect example of the way traditional publishing moved into the internet - it is an edited, paid reporter type news source that operates on the web and in print through syndication. In creating JPG, Minor shows that he can move to new structures - JPG seeks content from the public outside, not from professionals on the payroll. It offers a way for that public to publish photos and make a few dollars. It directly involves the users of the final product in creating that product, and gives them a stake in its success.

All principles worth considering when it comes to philanthropy.