On the value of human lives, goals, and excuses 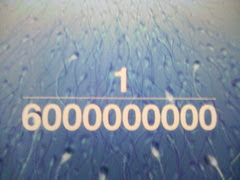 Peter Singer, a notably challenging philosopher (he has been described as the world's most "controversial ethicist"), takes on the question of the value of a human life in assessing the philanthropy of the world's wealthiest individuals. The article is in the upcoming NY Times Sunday Magazine (subscription required)

The article shows several things. First, that philosophers can write so that lay people can understand them (I put myself in that latter category, I made it all the way through the argument and followed along just fine - hats off to the editors at the Times). Second, he nicely encapsulates several major Western philosophical analyses for giving - handy and all in one place.

Third, and the most important, Singer goes beyond a clean explication of philosophical questions about philanthropy and does some basic math. The focus of his arithmetic speaks directly to issues of relative wealth and poverty - how much do the planet's wealthiest citizens owe to its poorest? The results (to Singer's own surprise):

"[not until] I calculated how much America’s Top 10 percent of income earners actually make [did] I fully understood how easy it would be for the world’s rich to eliminate, or virtually eliminate, global poverty....I found the result astonishing. I double-checked the figures and asked a research assistant to check them as well. But they were right. Measured against our capacity, the Millennium Development Goals are indecently, shockingly modest. If we fail to achieve them — as on present indications we well might — we have no excuses. The target we should be setting for ourselves is not halving the proportion of people living in extreme poverty, and without enough to eat, but ensuring that no one, or virtually no one, needs to live in such degrading conditions. That is a worthy goal, and it is well within our reach."

My next post will be about "giving without giving" - something which Singer's review of the philosophy of philanthropy also addresses.

Singer's point about the world having plenty of resources to solve poverty is exactly right. The problem is not the amount of money available, but how it is being spent. In his most recent book White Man's Burden, Bill Easterly notes that over $2 trillion of aid has flowed to the developing world over the past 50 years. Unfortunately, most of this has flowed in a top-down way that is similar to central planning. Fortunately, bottom-up mechanisms are now emerging that hold much more promise for making an impact. Good examples include www.globalgiving.com (my organization) and www.kiva.org. In the US, check out www.donorschoose.org - a stellar bottom-up approach to getting resources to teachers in public schools.