Hey, check this out - The full #blueprint series to-date - all eight years - all in one place - free for downloading.

And yes, it's time to start thinking about number 9.

I'll be working on #blueprint18 starting now. Please send buzzwords, trends, predictions etc. to me via twitter (@p2173) or in the comments. 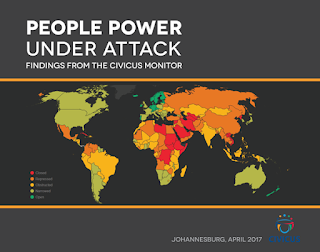 Governments around the world are shutting down civic space. They do this in a variety of ways for any number of reasons. Monitors of civil society have been documenting this for years, and attention and concern in the last few years has risen dramatically - the 2017 Civicus Report declares the situation an emergency. Where and how do issues of digital data fit into this phenomenon?

I'm thinking out loud here - let's break it down together:

How do governments close civic space? Generally by passing laws and/or using force to limit free expression, free assembly, and private spaces for planning collective action. Practically, this can happen in many ways:
(There are more - please add in comments)

So where and how does digital fit in? Look again at that list of bullets. EVERY SINGLE one of those actions is made easier to do in the age of digital data.
And most of those examples are actually only second order changes - meaning our use of digital just makes it easier to clamp down in the old fashioned ways. Our digital dependencies also provide first order ways - new ways - to shut down assembly, expression, and privacy - thus introducing new ways for governments to shut down civil society. For example: 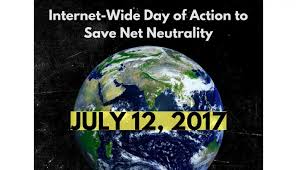 (Again there are more - please add in comments)

Digital tools give governments - and corporations - many more ways to shut down or limit citizen actions than they had before. Digital infrastructure and data not only AMPLIFY old mechanisms for shutting down civil society, they also provide NEW MECHANISMS for closure.

When we talk about closing civic space we need to understand this. Efforts to maintain open civil society now require a much deeper understanding of how dependent we are on digital data and infrastructure, how digital changes civil society's relationships to state AND corporate actors, and action on laws about digital (and product-practices) that are new territory for civil society advocates.


*More than a dozen states in the U.S. are currently contemplating such laws.
** This is particularly challenging given the dominance, globally, of a few U.S.-based social media, shopping, and search companies. These companies are "governing" across jurisdictions and setting terms of service that serve their purposes but have nothing to do with democratic practice, human rights, or other norms for expression, assembly, and privacy.

(photo credit: https://www.mozilla.org/en-US/internet-health/)
Our behavior is changing the climate and our planet is in danger. Weather patterns are changing. Climate induced refugees are on the rise.

We know this. Even those (the few, the short-term stakeholders, the ones with power and money and influence that requires the rest of us to deal with them) who pretend not to know this, or believe, or care about it - actually know it. That's why they've spent so much time and money and political capital debunking the science and sowing "confusion" and doubt.

All of us depend on the health of the planet. Many of us are actively changing our behaviors, lobbying for new laws, inventing new technologies and new business models to try to turn the tide of global warming or find ways for humans to continue to thrive, equitably and for the long term. Others do small things to make a difference, aware of the impact of our choices. And most of the world (present U.S. President aside) are fully aware

We (people) didn't create the planet, but our actions influence it and how we, in turn, survive on it. 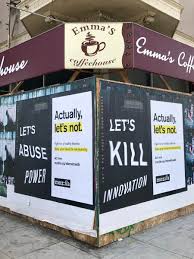 But how we behave on it, protect it, rally around it, keep it available and functioning in certain ways, is as important to its future (and ours) as are our choices about climate change. Like the planet, there are vested interests, with power beyond their number, who have ideas about how the Internet should operate that work for their short term interests, but not for the rest of ours. Like the planet, each of
us can make a difference. Pretty much the worst thing we can do is think that Internet health is someone else's problem.

Mozilla has started a new effort, the Internet Health Report, to engage more of us in taking active steps toward protecting an open, interoperable, inclusive and safe Internet that works for everyone. First step is to come to some agreement on the components of health. You can join in that work. There's also a campaign to draw attention to the resource, the threats and the project.

Colleagues from the Internet Health Report joined us in Berlin for the recent Digital Impact event and made a solid and convincing case for civil society's dependence on the Internet and our collective role in protecting the resource. It's the digital version of Speakers' Corner in Hyde Park, today's version of a free printing press, and the place where associational life happens. Civil society depends on the rights to expression, free press, and association. Just as we've protected those rights in the analog world, we've now got a role to protect them in digital space. The Internet Health Report is a great place to get started. July 12, 2017 is a day of action to save Net Neutrality from changes in U.S. law and regulatory action.

You can also join us at the Digital Civil Society Lab for a Digital Impact Virtual Roundtable to learn more about Internet health and the Internet Health Report. Check out the schedule at Digital Impact and sign up there to get notices of this conversation (September 27, 2017) and others.
Posted by Lucy Bernholz No comments: