I wrote about Grift - Gifts here. I didn't think of the term soon enough to include it in the Buzzwords list for Blueprint 2023 - which is now available. Get your free copy here.

In The New York Times print edition, December 15, 2022, the following ad ran on page A7. I don't know where else it ran. 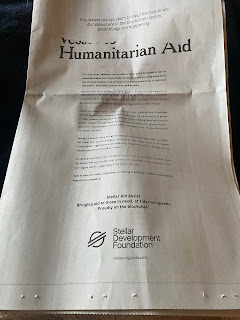 It's a full paid ad (estimated cost is at least $150,000), from the Stellar Development Foundation, arguing how fraudsters (e.g. Sam Bankman-Fried of #FTX fame) are giving crypto a bad name. It goes on to describe how the blockchain is facilitating direct cash transfers across international borders and without banks - enabling aid to people in Ukraine who are under attack. (it leaves out any mention of how this also allows movement of money for other purposes as well, from sanctions avoidance to money laundering to weapons/drugs purchases and, of course, support of the invaders).

Good. It's beyond time where we had a real discussion about the good and bad of crypto. Not a hype-fest or a crossed-arm, "it's all bunk" argument, but a determinative discussion about if and how it can be used to help people. And what the RULES need to be to eliminate the centralizing, wealth extracting, environment destroying aspects of it - IF its going to be used.

Differentiating grift-gifts from "crypto-philanthropy" is going to come down to the regulations and oversight mechanisms built around the technology and the groups participating. It's about the legal code, not the software code. 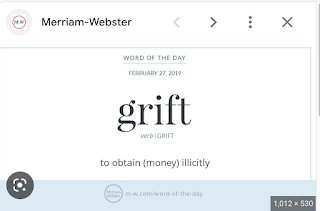 It's beginning to look like SBF (Sam Bankman-Fried) and FTX (crypto currency exchange) are going to go down in history as the biggest case of "philanthropy-washing" in history. So big and important, I've coined a new word, Philanthro-grift.*

The U.S. Department of Justice has arrested SBF and charged him with intent to defraud investors. The court-appointed clean up CEO of FTX told the U.S. Congress "This is just old fashion embezzlement, taking money from others and using it for your own purposes. This is not sophisticated at all." (<- that's a direct quote from Dave Pell's NextDraft newsletter. You should read it).

Here are the implications for  civil society and philanthropy.

Crypto is bad for the environment, a sham of a financial system, and - at least in SBF's case - was part of a major grift. How do civil society organizations justify being part of any it? Really, takes philanthropy-washing to a new level.

I think someone could start a "philanthropy is going great" website (modeled after Web3IsGoingGreat and TwitterIsGoingGreat).

*I also considered "grift gift". (Grift giving) Which do you prefer? 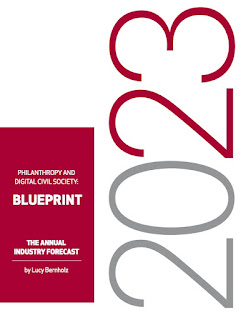 For the 14th year in a row, I've written a Blueprint on Philanthropy and Digital Civil Society. This year's version - which covers 2023 - will go live on December 15, 2022. You can get your free copy here.

As it always has, the Blueprint includes Buzzwords (which got their start on this blog), Predictions for 2023, and a scorecard of past predictions and whether I got things right or wrong. The Buzzwords will also run in the Chronicle of Philanthropy - on or about December 15.

This year, for the first time, the Blueprint includes some AI generated art (and lots of questions about it), and two essays by other authors - one on community organizers and data by Venita E Griffin and one the impact of impact measurement by Aaron Horvath.

We'll be moving the chat about #Blueprint2023 from Twitter to the Fediverse. You can find me over there @mastodon.social@p2173 and the hashtag will stay the same. Join us. 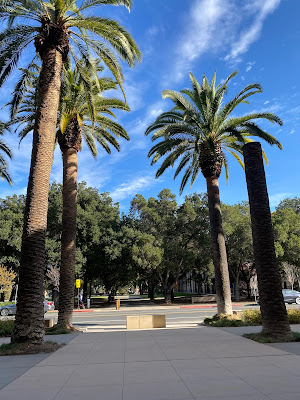 I've always doubted the effective altruism (EA) approach. Making as much money as you can so you can give it away is 1) an individual approach to societal problems, 2) a fancy way of alleviating rich people's guilty consciences, and 3) the focus on self-made metrics contributes to the distancing of donors from communities. In my snarky moments I've been known to point out that the most ardent adherents of EA seemed to be quant jocks and philosophers - two groups that tend to complicate things rather than simplify them. The self-referential and self-aggrandizing nature of many EA adherents is a big put-off. Longtermism seems to me to result in a lot of vanity projects. I could go on and on. And in fact, I do, go on and on a bit in the forthcoming Blueprint 2023.

All that being said, some of the EA's most influential thinkers did the right thing by immediately resigning from the FTX Future Fund (Sam Bankman-Fried's EA-committed philanthropic fund) immediately upon hearing of the financial shenanigans and bankruptcy of FTX and for calling out their concerns about fraud. In their words:

"We are now unable to perform our work or process grants, and we have fundamental questions about the legitimacy and integrity of the business operations that were funding the FTX Foundation and the Future Fund. As a result, we resigned earlier today.

We don’t yet have a full picture of what went wrong, and we are following the news online as it unfolds. But to the extent that the leadership of FTX may have engaged in deception or dishonesty, we condemn that behavior in the strongest possible terms. We believe that being a good actor in the world means striving to act with honesty and integrity."

So, fraudulent behavior in the name of good acts is not OK. That oughta be obvious and the individuals involved above commended on their actions.

But fraud in the name of good is not only an individual problem. We've built a larger system of giving and philanthropic adoration that repeatedly and reliably sets up philanthropic acts as a cover up for bad corporate and billionaire behavior. Bad behavior is not the same as fraud, but the former might be a gateway drug to the latter.

The two stories above are probably better thought of as "philanthropy-washing" then fraud.  If the concerns about FTX turn out to be true, then it will go down as a massive scam which conned itself out of public, regulatory, and investor oversight, at least partly through its philanthropic claims.

As a long time critic of "[Blank] for good" initiatives from tech companies and others, the idea of committing fraud for good is more than just a bit of schadenfreude. It's a warning to all of us. The entanglement of profit-making and good-doing is problematic in so many ways that labeling it all "fraud for good" is just too tempting.

What will come of all this? Charitable donations may be clawed back to repay investors. That alone says much about the priorities of this dynamic and the way things are regulated.

I suspect we'll see more organizations establishing donation policies regarding crypto-wealth generated donations. The rise of research into tech's social harms has already led many such groups to declare tech wealth off limits; just as the ACLU has long shunned government funding and Consumer Reports doesn't take corporate money from product companies. Tobacco and fossil fuel company donations led the way in being seen as "toxic;" we're likely to see ever more domains of industry put into those categories.

Bibliography - other links on FTX and philanthropy

Chronicle of Philanthropy (may be paywalled)

Critiques of effective altruism (publishing sites listed below; opinions are those of the authors)

*I took this picture on the Stanford campus in November, 2022. I've often joked to people that "even the palm trees on campus have donor plaques on them." This is not true, but if it were, I'd guess the tree on the right front side of the picture (the one without a top) is the "FTX palm."