So close, yet so far 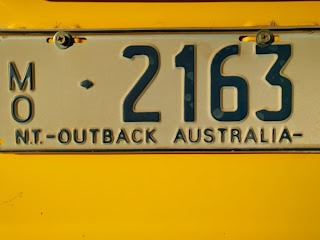 I saw the above in a parking lot near Uluru.
And here's Uluru. 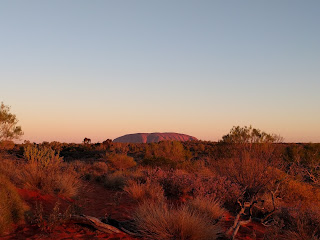 And here's a different Uluru. 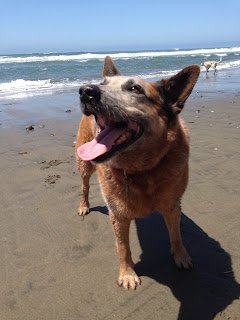 These are the dog days of summer (northern hemisphere). This post has nothing to do with philanthropy, other than I took the top two photos while I was in Australia, working on digital governance in philanthropy. I'll have more to write on what I learned when I stop procrastinating by looking at photos.

Data, ethics, psychology, and the census

I've been in Australia for several weeks, leading workshops on digital civil society and data governance in nonprofits, meeting with philanthropists, corporate leaders, and various government bodies, and searching for potential scholarly collaborators. I'll be writing a reflection piece on this work soon.

But I've mostly been thinking about the census. In December 2015 the Australian department that manages the census announced it would be collecting and storing real names with the census data. Penalties would be levied against anyone who didn't file a form or who used a false name. The Christmas Eve announcement went largely unnoticed at the time, but the (mandatory) census date of August 9 brought this issue back to everyone's attention during my time in the country.

At dinner one night in Sydney I sat next to a woman who was telling me how she, always law-abiding and even professionally dependent on the census findings, found herself contemplating obfuscation as she reviewed the form. The fact that her name would be attached and stored shed a new light on the questions being asked about religion, income, and family structure.

Filling out the census is mandatory, everyone is set to file on a single day, and the push is to get most Australians to file online. There are immediate penalties that accrue daily for not filing or for omitting your name (making lying on the form or boycotting it all together another example of privacy becoming a luxury item). The more I imagined myself facing down such choices the more the psychological tradeoffs bounced about in my head.

So I wonder, will the new census approach reveal that Australia is now home to a million “mickey mouses,” a million followers of the R2D2 faith, or several million people who simply make up all kinds of information about themselves?

I wonder – in addition to considering the utility, the ethics, and the security issues of attaching names to census data - did the folks at the Australian Bureau of Statistics consider the psychological calculations inevitably being made by those filling out the forms? By compelling the citizens to file and name themselves has the government created a situation in which a last grasp for privacy (and dignity) outweighs a civic obligation for accuracy?

How do our psychological needs, our civic responsibilities, our political attitudes toward government (or nonprofits or corporations) interact with the digital demands for information we face constantly? Will digital data demands make liars of us all? How does your nonprofit or foundation take these variables into account when you ask people for their data?