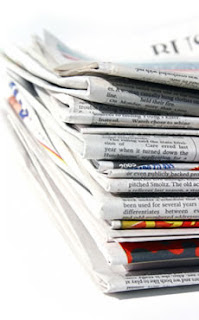 The San Francisco Chronicle has its Season of Sharing. The New York Times has its Neediest Cases Fund. These annual fundraising events, led by newspapers and with administrative costs paid for by foundations or the papers themselves raise millions of dollars for local charities. The Chronicle's Season of Sharing has raised more than $50 million in 20 years. The Times claims it has raised and distributed $222 million since it started the fund in 1912.

Anyone know where I can find a cumulative total of funds raised by newspapers across the nation?

So what for philanthropy? I predict it will be a long time before we see blogs, national websites, or even place-based online news sites raising those kinds of dollars for local causes. Just as the consolidation of banks in the U.S. has left big holes in the corporate philanthropy ranks of several major cities, so will the continued consolidation/closure of newspapers.

The Times took 96 years to raise and distribute $222 million? So they and the Chronicle are now doing, what, a few million each per year? I'd have guessed much larger totals than that for the biggest/oldest/most-prestigious companies in their field. A single mediocre United Way chapter accomplishes more philanthropy per year than that.

Also such annual fundraising drives may not be the dominant way that newspaper wealth become philanthropic, e.g. the McCormick Tribune Foundation alone is now making more than $100 million in grants per year.

Overall, corporate giving in the U.S. has for _every_ single year since 1981 been a higher percentage of profits than was true of _any_ year prior to 1981; and for 2004 the national total was 50% higher in real dollars than in 1994 (source: Giving USA 2005, pages 31 and 35). So while since entering the non-profit field in the 1980s I've never stopped hearing that corporate giving was on the way out, the actual results don't seem to bear out the prediction.

Thanks for your thoughts. First, the $222 million is in non-inflation adjusted dollars - so would be significantly more in today's funds. Second, I don't think these funds count as corporate philanthropy - other than the dollars the newspapers provide to underwrite administrative costs - the dollars come from the communities served by the papers. So part of the McCormick Tribune Foundation's giving goes to itself to pay for its version of one of these funds (if it runs one). Which brings me to he final point of the post - these newspapers promote local giving to local causes. As they merge, relocate, or close down that promotional role diminishes.