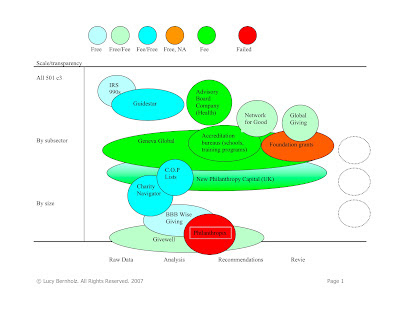 Transparency and accountability are like the “mom and apple pie” of the citizen sector. Everyone agrees we need them (and that we should value, if not actually love, them). But nobody seems to be able to agree on the recipe for the best pie or what makes a great mom. Last week the IRS announced a draft of a new Form 990 and invited public comments (through September 14). The 990, the bane of many people’s existence, is the core reporting form for American nonprofit organizations. Its sister, the 990 PF, is filed by private foundations (and is not being revised at this time). According to the IRS:

“The revised Form 990 draft includes a shorter 10 page core form that will be supplemented by numerous schedules that provide information on activities of particular interest to the public and IRS. The revised core form includes two new sections of interest: 1) a summary section that provides a snapshot of the organization and its activities and 2) a section that requires governance information, including questions on board composition, conflict of interest policies and audit information.”

Several new schedules of information will be part of the new form, including sections focused on:

The IRS isn’t alone in moving on these issues. Other entities, such as Charity Navigator and GuideStar, which rely on the 990s for their data, are announcing new services. Independent Sector wrapped up its work on this issue. The full report of The Panel on the Nonprofit Sector has been submitted to Congress and can be downloaded here.

In addition, new organizations are also getting in the business. Just last week I was invited to join two advisory boards for independent organizations that want to address transparency and accountability practices and standards. Both are startups. The Nonprofit Reporter is the brainchild of a former Fortune 500 CEO working with a colleague who essentially invented industry-specific consumer satisfaction polling. The other – GiveWell/The Clear Fund – are acts of entrepreneurial passion screaming out of a very smart and energetic Harvard-grad turned hedge-fund-staffer turned activist in his mid-twenties.

These organizations and reporting vehicles are all variations on a theme – collecting and analyzing data on the operations and performance of nonprofit organizations. There are many potential markets for such information – government agencies, board members, competitors, researchers, individual donors, foundations, and the media to name a few. I decided I needed a map of the options to try to understand who was doing what, how they were doing it, what information was being duplicated, what information was still unknown, and what were the business models behind each of the entities trying to serve those many markets. The initial map is shown in the photo at the top of this post. This was a short-flight draft. I’m working to expand, update, and clarify it.

Contact me directly if you’d like a pdf of the map or a version you can edit yourself. I’ll send you one as long as you agree to send your revisions to me, with explanation of changes (in the spirit of the creative commons, lets work together to make the map most useful).

Just to add, Intelligent Giving is operating in similar territory to Charity Navigator over here in the UK.