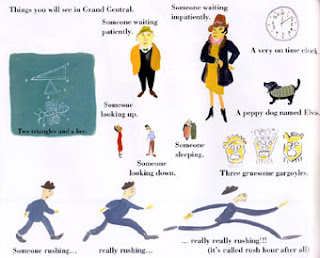 I give a lot of speeches. From an efficiency standpoint, I'm really bad at them. I refuse to package up a set of slides and repeat my canned comments, anywhere to anyone. That's the way to be an efficient speechmaker. I'm pretty much only interested in giving a speech as a means to getting a conversation started. Given this, fitting the material to the audience, adjusting to whatever else is on their agenda, and generally customizing what I know to who they are and what they are talking about only makes sense. Plus, I get bored listening to myself so I have to change what I say.

Last week I gave a talk at the Communications Network conference (slides) and this week I'm off to the Environmental Grantmakers Association. I'm skipping the in-person trip to SoCAP10. I've spoken at the previous two and work with the social media team so I know full well that I can follow along via twitter and livestream.  It was the first SoCAP that got me on twitter, it's only fitting that I attend virtually this time around.

I'm thinking about all this because of how hard it is to pull together all the many streams from which we get information. The number of sources only increases. My ability to weave connections between speeches, conversations, primary research, links, tweet conversations, compelling videos, and secondary literature is not keeping up.

One of my art heroes Maira Kalman, claims "she has no imagination." She says she just "paints what she sees." I've been in Grand Central Terminal 50,000 times and have never seen it the way she does. When she showed it to all of us, first with her remarkable scaffold art during its renovations in the 1990s and then with her remarkable book, Next Stop Grand Central, this wonderful train station in all its glory took on a whole new meaning.

Now, I'll never be Kalman. But in my work I try to make something new and useful from the data that are all around us. She makes magic from how she sees the world, draws together a million different daily ordinary sightings into a new, extraordinary illustration. I'm trying to see patterns in the chaos, connections between the dots, and links between the conversations. If I can find meaning from the rivers of ideas and offer insights then I can help others navigate the multiplying choices.

In the Communications Network slides you will see that I included a twitter discussion that happened the day before I arrived at the meeting. It was directly relevant to what I wanted to talk about (how technology and markets are reshaping the social sector). I had participated in the tweet discussion during James Surowiecki's speech on Thursday. I cut and pasted the twitter posts into the slides and talked about them on Friday. Someone asked a question about it during our general discussion. We had a few minutes to continue the exchange.

So I'll continue the discussion here - it has to do with whether or not the wisdom of crowds can change the existing power dynamic in philanthropy. Here are some other folks' thoughts from the conversation.

My premise is this - these tools won't do anything by themselves, it's how we use them, and toward what end, that matters. As Surowiecki notes, crowds are wise when they're diverse. If foundations reach out to different people to ask different questions they should get different answers and different data. If they do something with this, then crowdsourcing and crowd wisdom will have influenced the work of the foundations. Will it overturn the power imbalance between those with financial resources and those without? No. But can the tools help foundations reach out for different ideas and engage different audiences then the ones they always have? Yes. Is this a good thing. Yes. But for established foundations the change comes from the intent, not just the tools.

(For new enterprises, such as Kickstarter, Crowdflower Fund, HubCap Fund - there is a new dynamic in giving or investing that puts the power of the funding in the hands of many. But #commnet010 was attended primarily by foundation executives)


Here are some more specific points from the conversation at #CommNet010:


By the way, The Dragonfly Effect, which I reviewed on Sunday, has very good practical information on how to use social media tools to nudge action.

So where there is intent to change, listen, and engage social media tools are remarkably powerful. And when I get the time to weave all the streams of information together, and a little time to reflect, I can actually distinguish signal from noise. But I don't seem to be able to do it efficiently.

You ask whether or not the wisdom of crowds can change the existing power dynamic [in philanthropy].

And continue with your premise (these tools won't do anything by themselves, it's how we use them, and toward what end, that matters.)

We are more and more using the wisdom of the crowd and it IS changing the power dynamic in the domains we use it in.