Why don't foundations build a DocumentCloud? 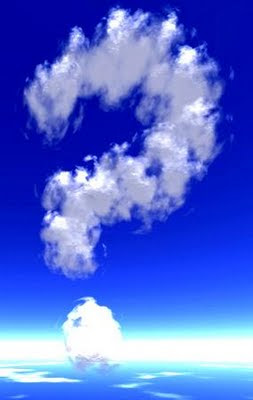 I tweeted this question yesterday and quite a few people passed it on - Why don't foundations build a document cloud? What is a document cloud, you ask? DocumentCloud is an online resource of source documents for investigative reporters - you can check it out here.

The site, which has received funding from the Knight News Challenge and has content partners such as The Atlantic, New York Times, TPM, and The New Yorker, is still in development but, once it goes live, it is intended to serve as a shared storage and search file cabinet for all the stuff reporters use to research and write their stories. As described in the New York Observer:

"DocumentCloud's software, once its fully built, will take all those papers that reporters, bloggers and civic groups usually stack in their bottom drawers or computer desktop folders at the end of their investigations, and extract all the information so that it's findable, shareable and searchable on the Web."

OK. Now apply this analogy to philanthropy. Imagine if the world's foundations shared their applications, due diligence reports, evaluation findings, and commissioned issue reports....Close your eyes, and imagine this.....

Maybe grant applications would get approved faster because research could be done more quickly. Maybe more funders would collaborate, once they realized how often they were funding the same things. Maybe the quality of funder due diligence would improve, as certain program staff members research and write ups were frequently accessed and began to be seen as a "quality standard." Maybe some siloed program areas would break down, as funders realized they were using the same source information to look at different issues, or were each funding the same organization but one was working from a health vantage point and the other from an environmental justice lens.

Maybe nonprofits would be able to gain the kind of mezzanine view of their issue area that program officers now have, and put that intelligence to work on the ground. Maybe they would find real collaborators, not just "marriages of funder-driven convenience." Maybe the paperwork for applications would decrease, because nonprofits could point new potential funders to the "cloud" where their information was already available (and had already been vetted).

You can open your eyes now.

So why not? DocumentCloud is moving into full swing development mode for less than $800,000. The contributing news agencies include commercial newspapers and nonprofit investigative outfits such as ProPublica. They include competing newspapers, news magazines, the Sunlight Foundation, WNYC, Amazon Web Services, OpenCalais, and PBS Newshour with Jim Lehrer. During the early days only organizations that contribute documents will be able to access the source, but once it is all up and built the information will be available to any reporter, blogger or interested party.

And the best part? Once the code is written and the site is functioning, it will all be open source - other developers will be able to work from the code and adapt it to different markets. Like philanthropy. So, why don't foundations build a document cloud?

Lucy, I think there are at least two major philanthropy data collection efforts happening, and one of them is at Indiana University's Center on Philanthropy (see http://www.ulib.iupui.edu/collections/special/psl) I like the cloud idea--more like a wiki than a library. I also recently received an emailed survey from Camilla Harris at charris@rockarch.org at the Rockefeller Archive Center asking what foundations do with their archival materials. In 1990 when the previous survey was done, only 43 out of almost 400 foundations who responded maintained an archive or had deposited their records at a research center or library where they were available to scholars.

Why won't this happen? Because it goes against "the way it's always been done" and it's scary as hell to the status quo. Suddenly you can't have a pet issue or pet org, you'd have to *benchmark* and [shudder] SHARE INFORMATION.

As much as I'd love to see this happen, it's decades away from happening.

Lucy - thanks for asking this very basic and very important question! If I wasn't so busy wrangling clouds myself I would have seen your post earlier!! :)

Really though, this is exactly the question that IssueLab has been asking of foundations for some time now and that, very much like a cloud, has changed shape since we first started the work of archiving and sharing third sector research.

I think there are a lot of reasons that foundations haven't yet built a document cloud, including: they don't see it as their responsibility, they don't always have a clear sense of who would use the documents they make public, they aren't structured in ways that easily facilitate foundation wide (let alone sector wide) information sharing efforts, and they worry about what people will do with the information they release. There are probably a hundred more reasons but in the final analysis what we are left with is a widely scattered body of knowledge that is only partially available to all the many folks who could make good use of it.

At IssueLab we know better than to think that millions of people will change their online behavior and visit IssueLab to access research we have archived. The days of the portal are over. But it is not too much to envision that foundations could release the research they produce and fund under certain agreed upon data standards that would allow for this work to be picked up by 1000's of smaller portals, libraries, and communities of practice. In other words, release it into the atmosphere.

Whether it is "released" into the atmosphere through DocumentCloud or IssueLab or some kind of yet undeveloped collaborative system co-created by a number of folks working on this issue isn't clear. But it is clear that the pressure on foundations to answer this question is building and is coming from folks across the sector who are willing, ready, and able to develop the necessary systems. IssueLab among them.

Gabriela and others - thanks for writing in. I certainly agree with the range of reasons that you all provide as to "why not." What is interesting is where there is leverage or alternatives or models that might engage funders in "why?" Issue Lab may be one. Expertlabs.org may be another. Data standards yet a third.