Networks that made change happen 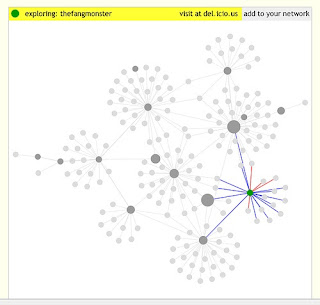 (Photo by Noah Sussman, Creative Commons license on Flickr)
I'm looking for examples of networks that have made some kind of positive social change happen. Ideally these are networks that:
I want to be able to (oversimply) describe the impact like this:

"The X network made Y happen."

Here are some examples I know of or that folks have shared with me - along with my parenthetical questions about them.
Thanks to everyone who shared those examples.

Please send me your sentences - I'll buy you a cup of coffee if I use them in the piece I'm writing (assuming you live somewhere in Bay Area or somewhere I travel to frequently. And assuming you drink coffee. Otherwise, I'll owe you one!)

The Lend4Health network has made more than $36,000 in micro-loans to enable 61 families to seek healthcare for their children with autism.

The Tweetsgiving network raised $10,000 to build a classroom at Shepherd's Junior in Tanzania. [I'd say they're still "connected" in a way, through Twitter. Their Twitter handles are painted on the classroom wall, and I am sure that many will come back into the network during this year's Tweetsgiving.] (@StaceyMonk)

Social Actions comes to mind ~ would it count? For the first many many months it was Peter and a few people attracted to the idea of the Social Actions API... a Google group to organize thoughts... a NetSquared application for this interesting 'little' project :) ...

All of that written up in a few detailed paragraphs in this OSBR article ("Social Actions' Story" section):

Maybe the decision to include this as an example depends on whether "creating philanthropic web infrastructure" qualifies as "making a change." Here's a write-up I'm working on today that tries to capture that impact/status:

What do you think? I'll keep brainstorming other suggestions, too.

In days,SMS, blogging and "flashmobs" changed the course of the 2004 Spanish elections.

These are great examples - two about fundraising, one about political elections, and I just got some additional info on Blog Action Day and the 17.9 million people in 155 countries who read 31,000 blog posts about climate change. #bad09

The question about web infrastructure for change is really interesting to me - seems that many of the examples we can find are about human networks + tech tools so that organizing happens more easily, faster, and on a grander scale. It is also much more distributed organizing. So if that is what we can learn from what has already happened, can we "apply" them prospectively to hypothesize about how change might happen on tangible, nearby challenges (homelessness, prenatal care, job training....)

Thanks so much - keep the ideas coming.

Stephen Salmon of Thai Crafts in Bangkok has been providing a venue for artisans from all over Thailand to sell their arts and crafts once a month at the Thai Craft Fair.

Lucy, your question about hypothesizing prompted me to write one of my first blog posts in months:

I encouraged My Social Actions readers to head over here with additional suggestions re your search for networks that fit the criteria listed above.

Here's the part of my post that's relevant to your hypothesizing invitation:

"One of the things I'm struck by, when I talk with local nonprofit-development-charitable organizations, is how dismissive they are about social media and online tools as a resource for what they're doing locally. If they've always been able to get by with phone calls, check-writing, and an occasional emailed newsletter and article in the local paper, why should they deal with the challenge of figuring out Facebook or Firstgiving pages? If their cause and work are geographically centralized, why should they leverage technologies that are clearly about connecting with people far away?

So I'm contacted daily by nonprofits from far away, using these tools to connect with me where I am. And I hear very little from the organizations in my town because if I'm not already on their email list, and miss the blurb in the local paper about their next event, I'm out of the loop.

I take it as a good sign if something I write prompts someone else's blogging! Great points Christine. I think these tools are redefining boundaries of work - and that matters to all of us, local or global, doesn't it?

Putting aside how awesome Credo is, the Verizon campaign was a marketing effort by a rival mobile provider.

Elliot
Thanks for pointing that out - I had wondered about that, but wasn't sure. It does raise an interesting question/observation - so far, some of the most effective disbursed networks we know of - black hat hackers, terrorists - are out for no good. Does that matter? And is a rival marketing campaign mobilized by networks equivalent to a protest campaign....?

I follow your discussion from across the pond - but never comment. But this issue of using web technologies to network individuals (and empower them to take action for social and/or environmental change) is dear to my heart. I've been involved with The Nag, www.thenag.net here in the Uk for several years. We've worked hard to try and find a way of connecting those who shout/nag, with those that have solution ideas, with those that want to action solutions. Tons more material for you on this if you want it. Also in the UK, social innovation camp is a way of crowd supporting indvidual social entrepreneurial ideas based on new technolgies/platforms (so a bit off topic) www.sicamp.org

Sarah
Thanks for joining in the conversation and sharing these great resources. I will check out TheNag - (great name). I've heard about si Camp, but don't know enough so will look into that as well. Might I follow up with you for more info?
Thanks so much
Lucy

Please do. You can reach me at sarah.mcgeehan@nesta.org.uk

When we hook up. I'll also tell you about the work we are doing at nesta on digital test beds

Hi Lucy - just curious as to why it's important that the network continue to exist post "win." I'm thinking of all the folks who participated in the "campaign" to have Amazon re-classify books with gay content (http://www.nytimes.com/2009/04/14/technology/internet/14amazon.html). They made change happen, but haven't stuck around as any kind of formal network since, as far as I know.

Hi Holly
Thanks for writing in. I'm trying to figure out where networks fit into an ecosystem of change, so the underlying question I am interested in is this: can networks maintain change once they've helped make it? Asked another way, what do networks accomplish? catalyzing a change? maintaining a change?

And the followup question - for those that do make change happen, do they become organizations to keep it going? Do they have to?

I think one of the ways to ensure that the network will continue to generate change is to provide training/coaching/peer support for the Network Weaving/self-organizing skills needed so that people in the network can continue to initiate action with others. Some of the skills needed are: being able to see opportunities where change is possible even probable; being able to organize what needs to be done as small projects so many others begin to build self-organizing skills; being able to reflect on what you've done (with others who have also done stuff) so that you start noticing the "patterns of success."

Thanks for writing in - all of what you say makes sense to me. I still have a deeper question, however, which is "when do networks make sense and when do organizations make sense?" In other words, what are each of these "structures" best at?

For everyone who has written in here or email or twitter:

Since so many of the examples I've been sent about networks making change have been temporal, my next obvious question is "when and why and how do networks transition to organizations, what kinds of organizations, and what are keys to success there?"

Hi Lucy. I'm trying to transition the Lend4Health network into an organization basically to help get funding to maintain it. The network's money is going towards loans -- the current reason for the network -- so they won't be the ones to pay to keep it going. I think others can do that, and being an organization with 501c3 status will encourage them to do so. Or at least that's my thinking for the day. Haha. Future ideas may be to turn the network members into income generators as well, more like a social biz, but that might be a few years out.

Another reason for becoming an org is to gain legal protection, ESP since we are dealing in money and health. I wanted to distance my personal self from liability.

But a downside To becoming an org is the lobbying restrictions on 501c3s, as I understand them.

The Facebook group "One Million Voices against FARC" organized marches of unprecedented scale last year and continues be a driving force for information and connections around the issue today. More info: http://leadershiplearning.org/blog/natalia-castaneda/2009-10-20/triggering-collaborative-action-through-social-media

Ooooh, I know of a great example: Groklaw. Pamela Jones and the Groklaw community battled powerful and moneyed anti-Linux and anti-open source enemies -- and won! Sadly, Jones announced that she'll be closing down Groklaw now that she feels her work is done.

Another law example: the FireDogLake community merged statements Adrian Lamo made in various publications (or were reported on in these pubs) in order to find discrepancies in what he was saying publicaly. Lamo is the hacker who turned in Bradley Manning for giving classified information to Wikileaks:

Hope this helps! I loved reading the other examples.

PS I know I'm commenting on this post long after it was originally published, but I felt compelled to comment for posterity. I want future readers of your blog to be able to read about these examples as well.

Thanks Emily - great examples. Much aprpeciated