Earlier tonight I posted a quick list of communities using various technologies to respond to Hurricane #Sandy, as history has shown that disaster preparedness and response often yields very interesting uses of ICT. 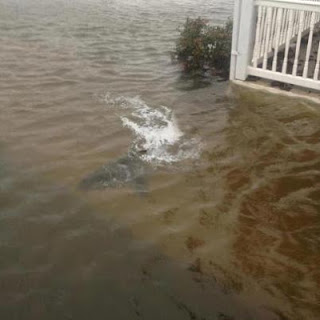 1) Did you see the picture of the flooded yard complete with shark? Yeah, me too. It was debunked by intrepid reporters. Fake #sandy photos being debunked - a key service as Twitter becomes major news sources. Where else but on Tumblr, of course.

2) Here's a #Sandy Timeline built by the crowds at #HurricaneHackers

4) The day before the storm hit the eastern seaboard, CodeForAmerica reported that the CfA Commons had 640 apps in 266 cities. Will be interesting to watch how these are reused, reapplied, and added to over course of relief and recovery.

6) Around 8 pm PDT Monday night I started seeing specific requests for help on Twitter. I tweeted  #HurricaneHackers to ask if there was a site compiling needs/haves -

Here's a post on tech, innovation and the storm from FastCompany.