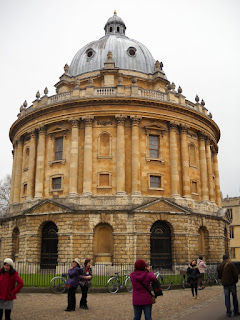 Here's what is happening this week in the not-so-sleepy little town of Oxford, England.

Skoll World Forum 2010. Since 2004 the Forum has brought together the many worlds of social entrepreneurs. Running from April 14-16, by invitation only, the Forum includes widely recognized speakers, selected delegates, and Skoll Awardees for 2010 and years past. Follow the Forum on Twitter at #swf10.

Oxford Jam - a conference "in relief." April 14 - 16. Free and open to the public, in parallel to Skoll World Forum, at the Oxford Jam Factory. Organized by Ben Metz, formerly of Ashoka. This will be good. Twitter at #oxfordjam

Oxford Internet Institute policy forum on Unleashing the Potential of e-Philanthropy. I'm honored to be the keynote speaker for this event, which will draw from the Disrupting Philanthropy paper and the Open Philanthropy manifesto. In preparation I've been brushing up on the UK social sector, British English, and British brands. (Check out hwayoungjung's Flickr set.) Will post slides, etc. after the plenary and events on April 14. Twitter at #OIIphil 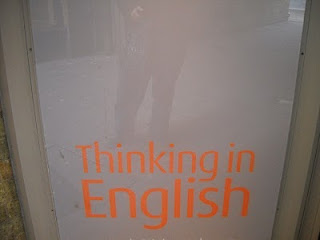 Lucy, thanks for taking the time to share these links and outlines. FYI I'll be in London in July for this event and will be pulling from your notes/lessons/predictions/observations to inform that UK-centered discussion:

Looking forward to keeping up with all of the hashtagged conversations coming out of Oxford over the next week. Have a great time and if you run into Peter, say hello! :)

One of the (many) important questions that you raise in Disrupting Philanthropy is whether donors may lose interest in labor-intensive human services that cannot be made more efficient by technology. While the essential human relationship may not be affected, the management of these agencies could benefit enormously from software that supports the needs of managers, improves agency efficiency and tracks participant outcomes. Unfortunately, in many urban areas of the U.S. agencies are starved for data, and face two important barriers to using technology: they are required to enter data into one or more funder mandated online databases, but do not own the data for their own use; and the marketplace for software is underdeveloped.


As a result of this article we are hearing from some sectors and collaboratives where affordable and high quality software is widely used by agencies. Some of this software originates outside the U.S. I wonder what software packages (for managing human services) are market leaders in the UK? Are agencies in the UK collecting and using data for program improvement, and sharing that data across agencies?