Wait a second - another story on Second Life Philanthropy 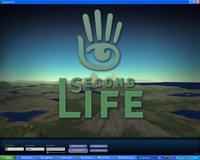 As my earlier post noted, my tour of SecondLife was a huge help. Thanks are due specifically to Erika B. who showed me around. During the day Erika changes the world through the good work of the Tides Center.

At other times, and in her "in world" persona, Sage Truss, she is making change happen through Avatar Action Fund which you can check out on the web here and in SecondLife here.

Many things are cool about this, not the least of which is the Avatar Action Fund website tracks and displays realtime donation information - drawn from the giving that happens in SecondLife. In other words, as avatars donate "linden dollars" (SecondLife currency) to the Avatar Action Fund kiosks in SecondLife, the "first world" website automatically updates the total raised. Most "real world" ("single world"?) organizations that I know cannot track their fundraising in anything close to real time - even without the need to teleport across universes.

And this isn't play money. LindenDollars flow through credit cards and PayPal, float on an exchange rate to US Dollars (and other currencies as well, for all I know), and accounts can be configured in such a way that the revenue generated in SecondLife can be withdrawn as cash at an ATM down the street near you. Here's a story about an Australian guy who does just that.