Traffic circles. Not sexy, but important. 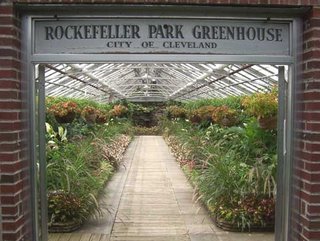 The Cleveland Foundation deserves praise for investing in improving the safety of the University Circle area of Cleveland. There is nothing sexy, or exciting, or innovative about fixing a city infrastructure, but as this story in Wednesday's NY Times shows, such infrastructure is critical to revitalizing a neighborhood, a downtown, a city, a state, (egad, even a nation, witness the non-rebuilding in Iraq).

Even though the story opens with the role played by a commercial architecture firm, the laundry list of organizations involved in literally rebuilding this part of the city is a "who's who" of nonprofits, including the Cleveland Orchestra, Case Western Reserve University, the Cleveland Clinic, the Cleveland Botanical Gardens, and the Cleveland Museum of Natural History.

And, just a random note, University Circle in Cleveland is nearby the city's Rockefeller Park. The story on this rebuilding effort appeared on page C6 of Wednesday's national edition of the NY Times. On page C7 (facing page) was a story of a super "green"development called Riverhouse, the address of which is One Rockefeller Park (New York City).