The end of the .net 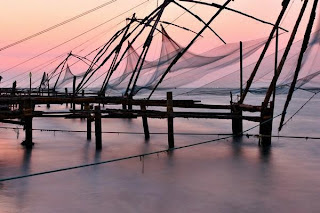 The Omidyar Network is shutting down Omidyar.net (ON). This online, self-managed community launched in 2004 and quickly drew thousands of people who organized themselves into dozens of groups. Here are some stats on the ON community:

Over the years the Network used the ON Community to inform some funding decisions, to find people with similar interests, and simply as a platform for community building. On July 19, 2007 the Network decided to shut down the ON platform and allow a community board to determine where to go next. There are many unknowns, but one thing is clear: by December 31, 2007, the technology platform that hosts the current ON communities will close to public access. The full timeline for the transition is online here.

Why is it shutting down? Not clear from any public statement. The public statements are all about the positive effects of moving this direction - but there is no reason given for why this or why now. So, those reasons might be cost or a sense that the community is no longer of value to the Network organization. Perhaps its just another "time-limited" philanthropic investment ("three years and out"), in which the funder decides time is up, regardless of whether their partners agree, there are clear opportunities for vested interests to continue their work, or any shared goals have been achieved. Perhaps the Network believes the investment failed, and its time to end it? There are some indications in the comments that staff from Omidyar Network are moving on (are they being let or go leaving by choice? - this is not clear from public information)

I'm not an insider to the goals laid out in the beginning, so I can't say if they were met or not. Given recent media attention to the willingness of a few foundations to acknowledge failure, it seems appropriate to ask why the platform is being turned off and whether or not goals were met? From the Network's point of view (not the community's) was the platform and its groups, conversations, projects a success or a failure, and how does that assessment factor in to the decision to close it down?

What is the community's response? Skimming through pages and pages of user comments, there is clearly a mix of annoyance, respect, gratitude, and disgust. Many people have jumped in to talk about how to make it work - by sub-communities, by issue, by platform. Others decry the time they've wasted, while some comment on how they'd be willing to pay for the service. Some wonder if the content they've created will be secure. Others rue the loss, but wish the community luck.

The public discussion and the interactive, community based planning for transition is impressive. It shows the power of reaching out, engaging, and sharing power. However, the Network's reasons for action are invisible to the public. Why now? Was it a success or a failure? That's what I'd like to know.

Hi Lucy and thanks for your questions.

Speaking for Omidyar Network, when we started omidyar.net three years ago, we wanted to see what good things would happen when a self-managed community could connect over shared interests, regardless of what those interests were. During that time, we've learned a lot about what makes community thrive--it thrives when there is a specific agenda for people to rally around. We think the best way to facilitate the great work that's being done on and through omidyar.net is to help the members of the community find or create new platforms that are more narrowly focused on their specific interests and moderated in a style that they choose.

As you note, a full explanation is located here: http://www.omidyar.net/group/community-general/news/1924/.

To put this in perspective, moving forward, Omidyar Network's community-building efforts will be more targeted as well. We have funded a number of platforms (e.g., Prosper, Meetup, and Innocentive), where communities of interest gather and pursue shared goals. These investments are part of specific Omidyar Network interest areas (e.g., access to finance, participatory media, open innovation). We will continue to address community building efforts, both online and offline, that support specific Omidyar Network strategies.

Regarding the future of Omidyar Network staff, who work on omidyar.net: their primary focus over the next few months will be a successful migration of the community. After that happens, there will be other opportunities at Omidyar Network.

Thanks for the information. The sense of what the folks at Omidyar Network have learned is helpful - though it doesn't really answer the question of success or failure (though you may not know or it may be both or neither).

Moving to more subject-specific platforms, and involving the community members as described, is a clearer communication from a funder than is the norm - I'd describe it as akin to "here's what we did, here's what we want to move to, and, please, help us figure it out." This is step forward from "That's it. Funding is over" - which is a more common communication.

This shows (to me) just how tricky these things called transparency and accountability, community engagement and self-management really are.

Wendy, my day of registering is the same as Pierre's so I think I found the site the first day. And for those of us early on particularly when Pierre participated, I always felt there was a vision. Pierre said he wanted the site to some day direct much of ON funding, and I believed him. http://www.omidyar.net/group/community-general/news/95/. Sounds like a vision to me. We put hours and hours and hours into building it because we thought it could be something.

When you say, "During that time, we've learned a lot about what makes community thrive-it thrives when there is a specific agenda for people to rally around." Could you tell me what specifically that happened in the community led you to that conclusion? Only several months ago, Iqbal was saying what a great success it was: http://www.omidyar.net/group/community-general/news/1657/294/

For me, there was a vision early on to use the site to forge a new community-based path of philanthropy. I never believed your statement that it was created to allow people to follow their interests "regardless of what those interests were." If this was true, it would include pornography, terrorism, and the like. When you say "regardless of interests" this includes everything and I don't think that was really the idea. From my perspective, and I know you were not there in the early days, there was much more at play that Pierre wanted to see happen. I know this is history now, but whenever I hear ON say there was never a vision to Onet, I fell compelled to give my two cents.

I know you are not the one, Wendy, who created Onet, and someone must be telling you what to say and not to say about why it was formed. Sorry if my comments appeared personal, but I do think the story needs a little work. (and this will be my last here unless someone has a question for me). However, according to Omidyar Network and your post Onet was created for people to follow their own interests “regardless of what those interests were.” So I can create a group on Onet to explore just about anything, from Thai basketweaving techniques to Alaskan caves. The decision to pull the plug on Onet was based ON learning that people need “new platforms that are more narrowly focused on their specific interests.” This is bizarre as it is exactly what Onet allows – you can narrowly focus your interest on just about anything, and it could have easily incorporated a means to have group owner’s moderate discussions.

Again, I don’t want to spend more time posting on this. I will let you tell the “we started Onet so people could follow their specific interests and we are ending Onet because we learned people need to follow their specific interests” story. I will let you tell this and not jump in on blogs to counter it anymore, but I do encourage you all to be more honest in how you present yourselves. I have met a number of ON staff over the years and you all are good people, with noble intentions, and generous hearts. But if you become a place that tries to protect the ego or reputation of the founder or cannot admit mistakes, it will be such a loss. You all are better than that. Be bold. Tell authentic stories. Admit something has failed if it did. You don’t need to act like a big corporation.

I would have pulled the plug on Onet as well, not because of the reasons given but because it was not meeting the goals. Pierre wanted the site to someday direct much of ON funding and it was not making much progress in that. So it did not work out. That is fine. So Pierre started something that did not come together as planned – his ego can handle it. It does not mean that he is bad, or that people need to be fired or that the users were idiots. But to keep telling another story seems to not serve anything, and just makes ON appear like a place that is not authentic. And I do not think this is really who you are. And if you can break away from this sense of trying to protect an identity of a group that never fails at anything, you could do so much more.