Civil society and threats to a free press

It's August 16, 2018 (Forty seven years to the day since President Nixon's administration admitted to keeping an "enemies list" of the American people).

Today, newspapers across the United States are running editorials on the importance of a free press and declaring their outrage at the way the current U.S. President treats and talks about the "media."

I've written before about how the last two decades in the "news business" might hold insights to the current and short-term future of civil society writ large. My previous comments have focused on the effects of the transformation to digital distribution (broke print journalism's ad revenue model), regulatory changes (which facilitated the creation of "news" monopolies in print and broadcast), and the entry of new players with different credentials (blurred the understanding of independent, credible news and opinions/propaganda). 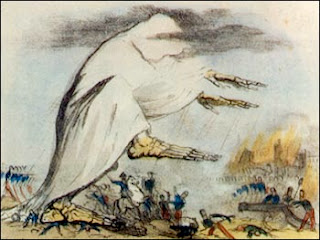 It's time to add to this list, and learn from the collective voices being published today by more than 300 papers across the country. The list of changes and threats to journalism now, most notably, include direct attacks from the White House itself. But we also need to pay attention to the "successful" efforts over the last
years to sow doubt and confusion in the information environment, so that even the most careful, vetted, confirmed reporting now exists in a miasma of distrust and deliberate doubt.

Both of these changes - direct threats from the federal government and an environment of mistrust,  distrust, and lies - should be added to the list of realities that face civil society in the United States. (May apply elsewhere as well, but I'm thinking U.S. at the moment)

Environment of mistrust include: Oh, come on. You've been paying attention - distrust of the news media is part and parcel of a corrosion of online communications. Once doubt takes over, it takes over everything. We are all communicating into and via an atmosphere where doubt rules. No association or organization should be assuming that their communications won't be manipulated or labeled false by opponents or political by platforms, that facts alone win, or even that their allies are who they say they are.