Tuesday and Wednesday of this week saw 400 folks crammed into San Francisco's Marine Memorial Auditorium for the first (and I'm sure it won't be the last) SHARE Conference - focused on catalyzing the sharing economy. It was co-hosted by Peers.org and SOCAP and while the sponsor lineup read as if it were ripped from the SF Chronicle's local business page, I met and heard from participants from Madrid, Bogota, Mexico City, Grand Rapids and lots of folks from that easternmost Bay Area city, Brooklyn.

More than a year ago the first charrette we held at Stanford PACS (part of a series that led to the launch of the Digital Civil Society Lab) was on the sharing economy. Our hunch at the time was that the sharing economy - where nonprofits, businesses, social businesses, VCs, informal networks of individuals, freelancers, and government were all competing/cooperating/arguing and innovating - would be a rich vein of insight into the new ways we are using private resources for public benefit. Since understanding how we use private resources for public benefit in the digital age is the mission of the Lab it made sense to spend some time investigating this space. Here's a slide I used way back then to make the point that, in the sharing economy, the same purpose (in this case car sharing) was being served by multiple organizational structures: 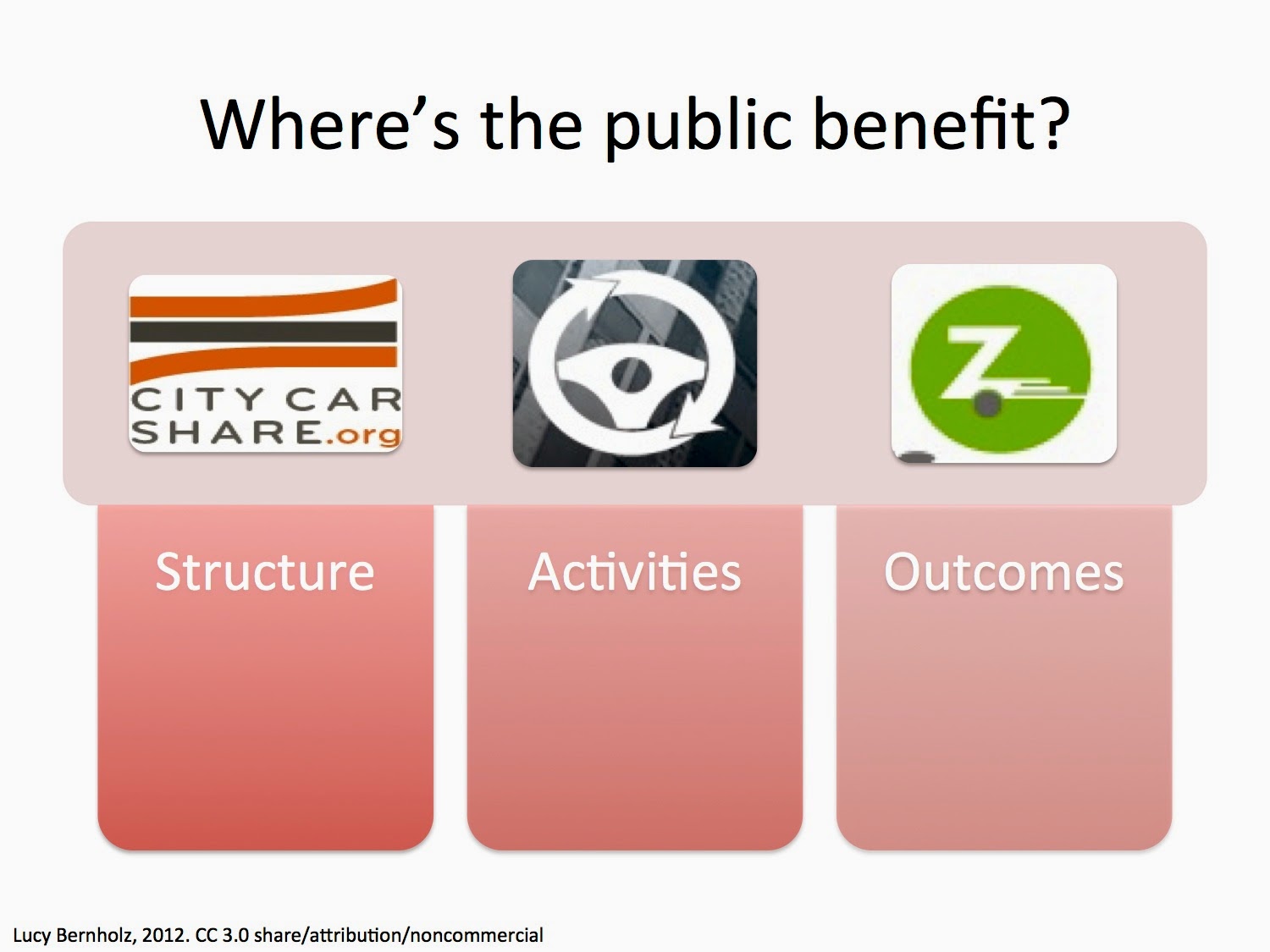 Here's what I took away from the conference:
With all that, I'm still trying to figure out where sharing enterprises fit into the space where we use private resources for public benefit (what we call the social economy). Here's my latest image of this space: 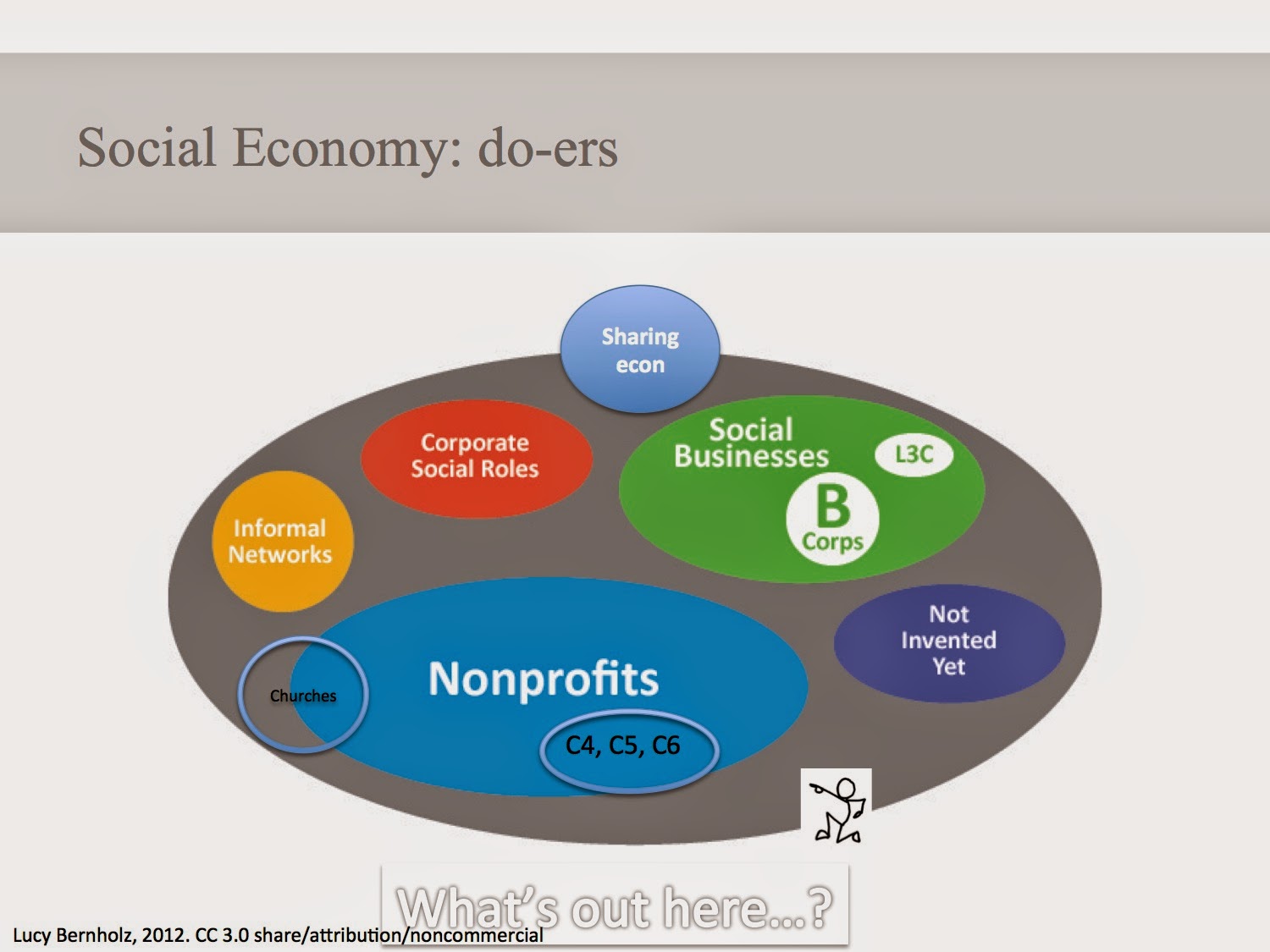 Not too surprising, I am really interested in two elements of this whole chaotic scene:
I was hoping to attend the conference and leave with answers to these questions. After all, I've been asking them for several years now. Oh, well, I don't have answers. But I think my questions are getting better. What are your questions about where sharing fits into the space of using private resources for public benefit?

Great post. Yeah, there are a lot of tensions (and I didn't even attend the AirBnB drinks).

To me, alternatives will have to start small and move from there. Interesting moment for sure.