The value of human capital 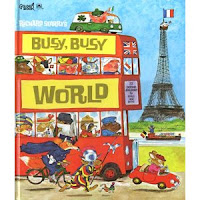 Sometimes it seems the more we think about systems and enterprises and capital flow the less we think about human capital. We think about all the things we as people have built to help us make the world a better place, but we stop thinking about the people who do the work.

Last week at the Omidyar Network (ON) Executive Forum (#ONEF) I got a good dose of how the Network values human capital. In addition to financial resources (both investments and grants) the ON has a full time executive recruiting team that helps its partner organizations find and bring on managers. In the few years they've done this the team has helped place more than a dozen executives in their portfolio companies.

The network also brings the leaders of its portfolio companies together for several days in the Forum in what I described last week as "mini business school." The speakers included experts in integrative thinking and innovation. The participants had ample time to present their own work and find potential partners, there were one-on-one coaching sessions, breakouts for participants, and opportunities for the portfolio companies to meet Omidyar staff and resource people who could help them.

It was several days of "busy busy world." While Omidyar's network includes commercial and nonprofit enterprises, working on mobile technology, poverty alleviation and government transparency, the Forum was focused on the human side of doing good work. The emphasis was on what the different participants had in common (making decisions in a rapidly changing world, using new sources of information, building revenue streams, managing personnel on a global scale) and not on their different areas of emphasis, enterprise structures, or regional focus.

I've been to a fair number of "grantee network meetings." They tend to be events that sound better in concept than play out in reality. The power dynamic of a funder invitation makes it hard for organizations to not show up or to speak candidly about the time commitment. I asked several of the participants what they got out of the meeting. I begged them to be truthful - "I'm not reporting back to Omidyar, I won't name names," I said. "Please tell me the truth. Is this a waste of your precious time?" To a person, the folks I asked looked at me like I was nuts when I asked that last bit. "Incredibly useful." "Great time to consider my problems with others who share them." "New ideas, new partners and much better connections to more people at Omidyar."

I also heard about 35 of the 60 organizations give 60 second pitches of their work. The entire group then voted for 10 from whom they wanted to hear a full 5 minutes. These presentations were informative, funny, human, and useful. Many of us talk about our "elevator pitches." This was a great opportunity (with countdown clock and all) to give those pitches to a crowd that mattered and get feedback and ideas on how to pitch and what to emphasize. It was more than a "way to share info with everyone in the room." It was practice at doing so with some of the stakes that we face when we really do this. Pedagogically, spot on. And a fair amount of fun. A good tip for other meeting organizers.

I grabbed a fun bit of info. Jennifer Riel, Associate Director of the Center on Integrative Thinking at the Rotman School of Management told a story about a key strategic decisions made by the Toronto International Film Festival (TIFF) founders. The big award at the TIFF is chosen by the audience. The big award at the Cannes Film Festival is chosen by a panel of elite judges. Over the last five years, the films that were big winners at Cannes have gone on to do "so so" at the box office. Over the same time period, the audience award winners from Toronto have been huge hits and have included The Kings Speech, Precious and Slumdog Millionaire (2010, 2009, 2008 respectively) - each of which were popular movies that went on to win many other major awards. Average annual box office gross of the Cannes Palme D'Or Award winners = $16.4 million. Average annual box office gross of the Toronto People's Choice Award winners = $132 million. This example was shared as part of a longer story about integrative thinking. I liked it as an example about crowds and experts.

Yes, it's ironic that three days of human capital investments made me think of books that feature only animals. The #ONEF was a great opportunity for me to stop and think about the people who do the work and their needs for support and to learn - regardless of the issues they focus on or the types of enterprises they run.


*I may be dating myself, as these books go back to my childhood, but since they are still in print I could pretend to have only experienced their joys as an adult.

"We think about all the things we as people have built to help us make the world a better place, but we stop thinking about the people who do the work." Very well put.