A different take on perpetuity 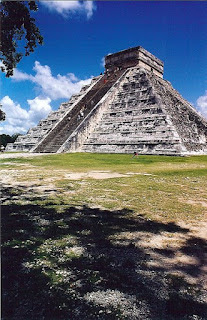 This post from the LongNow Blog on the 100 oldest companies in the world made me think about perpetuity. Most of the world's oldest companies are family businesses. In modern financial terms, this means they have avoided going public, taking outside investment, or focusing on short-term growth.

Some of these companies have been around for hundreds of years and dozens of generations - currently the oldest company is more than 1200 years old and is being run by the 46th generation of the founding family. Until 2007, when it went under (what happened!?) the oldest company was a 1400+ year old Japanese construction company that had been founded 40 generations earlier in the year 578.

It is not too surprising that this list is dominated by industries such as innkeeping, agricultural products (wine, olive oil), construction, and paper making. Banking appears on the list, though I spotted only one such company (at number 50). There are at least two funeral service firms, several distilleries, a pen maker, a few makers of woolens and linens, and even a publishing house on this list.

The oldest US company on the list is a New Hampshire based family farm dating from 1638 (an infant compared to others on the list, it appears as number 36).

The youngest company on the list was founded in the year 1780. The Rockefeller Foundation is the oldest endowed US foundation, it was chartered in 1913 (making it a relatively embryonic 95 years old).

Perpetuity is a long time. If you are starting a family foundation today and chartering it in perpetuity, can you imagine what your family might be doing 46 generations from now? 1,200 years from now, in the year 3208? This puts a slightly different spin on "nextgen." I thought I was extending my imagination by naming the blog after the year 2173 (actually, I was just borrowing Woody Allen's imagination...)

Lucy - cool post! This is a different spin on next gen(s), certainly! It made me think, somewhat tangentially, about my pet peeve: investing in young people as if "youth" it is some identity in-and-of itself. In reality, we should invest in emerging leaders or generations specificalyl because they have a whole career and legacy to build ahead of them - decades to influence institutions, movements, and other people! And because they, in turn, can "set the table" for future generations whose parents have not yet been conceived.

Anyhow, thanks for the long-haul perspective :)

You put your finger on one of these great opportunities - defining leaders, not by age, but by potential. Potential which will have revealed itself in a variety of ways, in a diversity of settings....