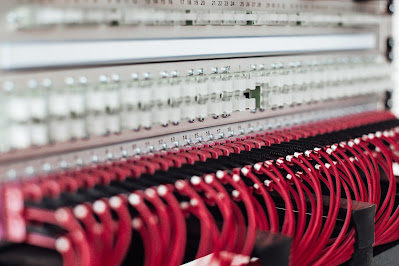 We founded the Digital Civil Society Lab at Stanford in 2014 to examine and act on the ways digital dependencies effect civil society. How does a global exoskeleton of corporatized infrastructure and government/corporate data surveillance change how people take collective action? How are people taking collective action to influence that infrastructure and exoskeleton? What skills, expertise, and practices do nonprofits, foundations and other associations need access to in order to collect, use, store, and destroy data safely and effectively?

If you've been following me, you know I obsess about these issues.

I fear for how these dependencies are playing out. For the first time since I started writing this blog in 2002, the technology companies that are responsible for much of this infrastructure are facing economic headwinds.  They did fine through 2008 and have so far flourished through the pandemic. Today, not so much.

I live in San Francisco, where the city as a whole (and the actual city government) await the fallout of Elon Musk's bravura. We have an election on Tuesday in the U.S. By Tuesday, Twitter will have half as many staff as it does today. The company's ability to prevent deliberate attacks on the truth was already minimal; it will fail as a source of reliable information by Tuesday. But will people, journalists, election officials, candidates, and political parties recognize it's frailty? Probably not. Much more likely is the deliberate exploitation of the corporate chaos to wreak election havoc.

The company's ability to protect it's data (your data, if you're on the platform) is already suspect. Musk needs to pay the debt he's loaded onto the company. Your data is not safe. All the threads, the DMs, the location information, the metadata on who interacts with whom. Not secure, not safe, probably for sale and easy to steal.

For those of us in the U.S., turning to Twitter for election information will need to be seen as an experiment in truth-finding. I don't know of measures of this, but I'll bet the ratio of deliberate deception to truth telling on the platform trips to more election lies even than cat photos no later than Monday. Tuesday night election reporting is going to be a fiasco. In addition to Twitter's problems, Tik Tok is setting new records for synthetic data, e.g. deepfakes. Jurisdictions across the country have implemented procedures that will slow vote counting, so that the "Tuesday night, just claim [you] won" tactic is normalized across the nation.  What should be denial of the reliability of social media will be presented as denial of the reliability of elections.

Your nonprofit or foundation or association needs to reconsider it's use of social media. Organizers, protestors, community organizations, activists - they're not safe now. From Kviv to Tigray, people in distress have relied on Twitter to find and offer help. Going forward this won't be safe, and the data lives on from all our past uses. How is your organization, your communication team, your lawyers, evaluators, program and constituent services staff preparing to distinguish and tell truths from lies? How are you preparing to protect the data you have - and the relationships mapped out by your social media interactions (which is manifested in data that Twitter holds)? Are you moving off Twitter? Where are you going? What about the other platforms you use - what lessons will you learn from Twitter's public car wreck and apply to uses of other data collection services such as Facebook, Salesforce, or your payroll company?

At a minimum: Request your twitter archive. Download it. Deactivate/Delete it. None of this protects your past, but it may limit your future harm.

Try something new. Like the fediverse - the open source, interconnected system on which you can set up an account and build a community of people and organizations and interests (and cats) without an algorithm doing the work for you. You can find me over there - @p2173@mastodon.social.

And, please, "doubt, then verify," everything you see on social media.