Nonprofits, foundations, and the next U.S. President 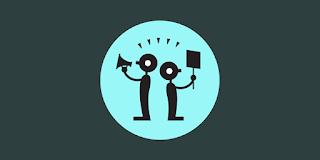 The U.S. nonprofit sector often thinks of itself as being independent from government and markets. This self-image is held widely enough that one of the major  trade organizations even calls itself Independent Sector. But independence in the digital age is...well...complicated. Almost all of the infrastructure used to transmit digital data is owned and monitored by the government and/or commercial firms that sell internet access, cloud storage, cell phones and mobile data plans, or that provide search functionality or social media by selling your data to advertisers, or that do all of the above. So if you're communicating key messages via social media, storing your donor and beneficiary files online, and using commercial software to send text alerts or work collaboratively on your program evaluations, just how independent are you, really?

Since the Presidential election on November 8, there have been a few impressive actions that recognize the independence of nonprofits and foundations on digital systems owned and monitored by the government and/or commercial firms.
I've written two previous posts on the threats to free assembly, expression, and privacy on which the President-elect campaigned, why we should believe those campaign statements, and what to do in the reality they represent.

Even inlcuding the actions in the above bulleted list, I've been underwhelmed by the philanthropic and nonprofit community's response to our dependent digital state. With a few exceptions, most foundations and nonprofits - even those expressing real concern about their issues - are going about their business as if nothing fundamental has changed. They don't seem to get just how "un-independent" they long ago became and what that dependence means now and for the next few (?) years.

Nonprofits and foundations work on a lot of issues. Many will tell you they work on behalf of vulnerable people - children, the elderly, the sick, the poor. Others cherish and work on behalf of  people specifically targeted specifically by the President-elect's campaign and its supporters, such as immigrants, Muslims, LGBT people, and women. The digital data that these organizations use every day - emails, funding information, text messages for outreach, photos, videos, web sites, program data, beneficiary information - is the lifeblood of their work. And every bit of it may be of interest to a government intent on "radical change" - which includes building registries, deporting people, "law and order," and building walls.

If your nonprofit or foundation works with or for vulnerable people, you should not make them more vulnerable. This was true on November 7. It's more true now. The incoming administration touts its plans to register Muslims. It banned selected reporters throughout the campaign. "Long memories" about political adversaries are proudly brought up by advisors to the administration. These are not normal actions or statements, and they don't bode well for the idea of either an independent press or an independent nonprofit sector.•

Your organizational ability to manage digital data safely, ethically, and effectively is not an optional concern. It is a core operational and governance capacity. You cannot be an effective nonprofit or foundation unless you are attending to your digital assets with the same integrity, alignment to mission, and dedicated expertise that you depend on your lawyers, accountants, and financial advisors to provide regarding your human resources and financial systems.

This isn't just about the effectiveness of your organization (though that's a fine place to start). It's about the independence of, the nature and role of, and the future of independent organizations and independent civil society. Such a sector is based on the real practice of free assembly, expression and privacy, not just a presumption of their conceptual existence. That practice begins with you and your organization. You may not be able to create a copy of yourself in Canada. But the question remains...what are you going to do?

*I'm not even going to go down the rabbit hole of the non-independence of the president-elect's own foundation, its acknowledged breaking of basic charitable laws, and the repeated ways in which it was used as a mere piggy bank for a range of political, personal, and business-related actions. If you want my thoughts on that hot mess, see #blueprint17 - coming December 14 at grantcraft.org/blueprint17