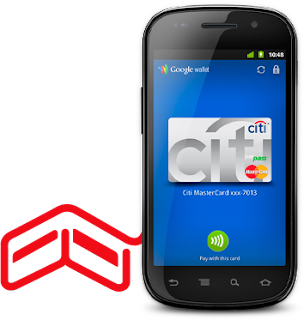 In my list of Ten for the Next Ten I predicted that smart phones would replace our wallets. This is already true in Europe and Asia - with launch of Google Wallet today (as limited as it is), it's come true in US also.

So what? Let me quite David Pogue, tech columnist for The New York Times, on why this shift matters:


"Someday, [this functionality] will be everywhere.

At that point Wallet will be much more than a glorified credit card. It will be the cornerstone of a huge economic ecosystem of banks, merchants, advertisers and other companies. It will replace everything in your wallet: tickets, boarding passes, transit cards. All electronic, all secure, all wireless and easy."

Notice who Pogue leaves out of that ecosystem  - nonprofits. Social businesses. Charitable donation collecting enterprises. That would probably be a bad thing for those enterprises, don't you think? If all our money is moving to our phones it's probably going to be part of that shift.

I don't think nonprofits and philanthropic giving will be left out (and I doubt David does either, he probably includes them in "other companies.") In fact, I'll bet that nonprofits and charitable giving fundraisers get right in there on this and embed the daylights out of their giving options with all those shopping options.

Let's hope we can be more creative than that as this scenario of wallet+data+telecommunications device comes into being.

Exciting news to know that we're starting to catch up with Asia & Europe on the mobile front.

Have you seen any examples of Asian or European organizations doing creative campaigns on these platforms?

The logical and great thing is the ability to easily catch people in the moment to give without the inconvenience of stopping to write a check or swipe a card. It will be fascinating to see how this changes giving at live events.