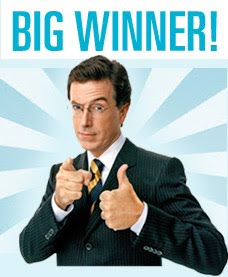 Here are some more amazing Tech for Good Projects:

1) Tech projects rely on people. The human infrastructure - skills, will, and connections - are as important (if not more) than the actual products and tools that they build. Some of the most interesting efforts that I'm aware of include Code for America (a techie corps for public service projects) and the Standby Task Force for crisis mapping and CrisisCommons. Random Hacks of Kindness and Geeks Without Bounds are also worth watching.

2) Not all "good" tech projects are apps. Some of them are about the less sexy work of cleaning the data, arraying it, linking it, and making it available. The work of The Sunlight Foundation to do this with campaign contributions demonstrates this. Sunlight manages to make cool apps, do real time data visualization streaming that make political debates more interesting, while also keeping the back end going. Another key example is the way the Pew Centers make their findings and their data available. DonorsChoose just announced a "hacking education" challenge using their data - check it out here. Winners will be featured on The Colbert Report.

3) And there are cool apps. Lots of them. Three new ones to be announced at the Global Philanthropy Forum include:

NETRA is an inexpensive mobile visual testing tool, which is a clip-on eyepiece for mobile phones that can instantly screen for eye conditions and transmit data to an optometrist, allowing for early treatment of common refractive eye disorders and cataracts.
First Place Winner of Vodafone Americas Foundation Wireless Innovation Project™

CoolComply is a solar-powered wireless detection system that monitors the doses and the temperature of medication.

The World Bank will announce the winners of the App for Development Contest on April 14. Here's the gallery of applicants. Here is the list of winners - including winners from Uganda, Jamaica, Kenya, a game from the Netherlands, and the Foundation Center.

One Economy Corporation is hosting the Applications for Good Contest. $50,000 prize for mobile apps that serve the public good, deadline is May 16.

You know all those frequent flier points you accumulate and the free cup of coffee you get after buying 10? That's gaming pedagogy at work. Points for accomplishing something, a slight increase in the challenge as you master one level, and a little bit of friendly competition - that's all gaming pedagogy at work. Digital tech lets us use these motivators in all kinds of ways - you may be "playing a game" without even realizing it. Games and gamification are becoming a core part of how we make change happen - here are some examples:

From the HopeLab folks (Makers of RE: Mission) comes Zamzee, a movement enticing tool for young people.

A great list of games that engage and get good things done can be found at Games4Change. Better yet, join them in NYC in June for the annual festival and see these games, meet the game makers in person.

Technology is changing the world and is being leveraged for social good. While most people focus on the business-end of things, many tech companies are changing the way we think about our world. At Nadanu we are trying to bring back the experience of giving, which died away with the rise of the internet and online payments. Technology seems disrupt industries, first breaking things down before rebuilding them stronger.