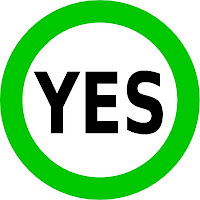 In 2001, two months after September 11, some friends of mine tried to turn the day after Thanksgiving into a day of service (We called it Giving Day). It stuck for a few years but faded with time. Those were pre-Twitter, pre-Facebook, early blogging days. We spread the word pretty well for a bunch of email-dependent old fogies, but the idea never really seemed to take off.

Martin Luther King Day has become somewhat synonymous with service, led by the efforts of the Corporation for National and Community Service. It gets pretty good turnout, Presidents and First Ladies do their part. It's orchestrated and formal and a very good way to remember and honor Dr. King.

This year, some people I respect are aiming to remake Valentine's Day into Generosity Day. As Sasha Dichter of Acumen Fund told me "it's a day to "say yes" to things," to help out, to do for others. Well - I say YES to that idea.

I remember leaving the house with my then two-year old son and trying to get him to turn right. He wanted to turn left. I realized I always turned right, but there was no reason we couldn't turn left. We'd get where we were going. We'd just go his way, not mine. We've all had the experience of being shaken from our routines by something, big or small. Something that made us take notice of the world and the people around us in a bighearted way. Invariably, whatever it was that influenced us to help another, or to notice the normal with new eyes, didn't matter as much as the fact that we did, just for a moment, stop and see things differently.

I'm going to say yes to somebody today. I'm going to do a little bit more than I might otherwise do, extend my hand, look up. I will go left instead of right. I hope you will too. And thanks, Sasha, for asking.

Liberty Hill Foundation has been advocating for change for the past few decades. Last Friday, we hosted a summit about philanthropy in the African American community. Please read the article below!