The history of the future 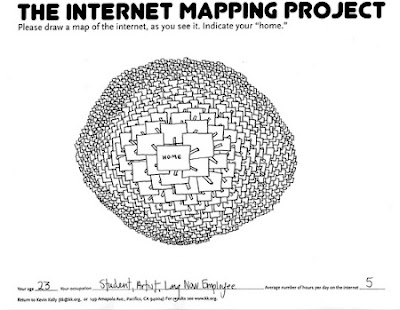 I'm an historian by training. At Stanford, I had the great honor of working with David Kennedy, who was both my teacher and a member of my dissertation committee. Kennedy is the author of several best selling histories of America in the 20th Century, such as the Pulitzer Prize-winning Freedom From Fear: The American People in Depression and War, 1929-1945 and Over Here: The First World War and American Society. Needless to say, I am a big fan of Professor Kennedy's work.

Professor Kennedy has an opinion piece in today's New York Times about Tuesday's election. In it, he notes the similarity between these results and those from the Gilded Age, the period that defined the turn of the last century (1880s-1910s). In the decades after the end of the American Civil War into the start of the 20th Century Kennedy notes that we had presidents from one party and congressional control by the other party far more often than we had single party control of both the executive and legislative branches. He refers to the kind of election we just had, where there is a massive shift in party control, as a "wave" election and notes that they reflect periods of uncertainty and resetting. He notes:

"So perhaps the stasis of the Gilded Age and the stalemate of our recent years reflect not so much the defects of our political structures as the monumental scale of the issues at hand. From that perspective, “wave” elections mark a necessary stage of indecision, shuffling, avoidance and confusion before a fractious democratic people can at last summon the courage to make tough choices, the creativity to find innovative solutions, the will to take consequential action and the old-fashioned moxie to put the ship of state again on an even keel."

Kennedy further notes that the Gilded Age eventually gave way to the Progressive era and great Presidents from both parties. In particular, Professor Kennedy writes:

"Eventually, leaders emerged in both major parties — most conspicuously the Republican Theodore Roosevelt and the Democrat Woodrow Wilson — who breathed vitality into the wheezing political system and effectively initiated the tortuous process of building institutions and writing laws commensurate with the scope and complexity of the society over which they presided. (My emphasis added)

This is the challenge we now face. In so many areas of life, we are trying to thrive within rules written for a different time. I won't go into the areas beyond philanthropy where this applies, but they are many. Where philanthropy and the social sector are concerned, we are very much trying to make do with rules that no longer hold.

The Citizens United case, about which I have a post on the Stanford Social Innovation Review, is one harbinger of new rules for the social sector vis-a-vis its relationship to advocacy and election politics. The for-benefit corporation laws (B Corporations and others) and the L3C movement, are "shots across the bow" for a new era of corporate law regarding the production of social goods. The creation of social finance and social investment exchanges and the ways these forces draw securities regulation into the equation for funding social goods is probably the the next place we will see massive shifts in law and regulation. Intellectual property, the Creative Commons, and governance of and in the commons, are also areas of law, regulation, and practice that hold promise for how we collectively produce social goods and threats to the established norms of nonprofit practice.

It is unsettling. We can't predict the future. We can't just hope that history repeats itself with great leaders of either the Rooseveltian or Wilsonian persuasion. But I believe we - all of us with a vested interest in a healthy, humane, culturally vibrant, and sustainable society - can do more.

We can use our current tools - as Kevin Kelly has done so creatively with his crowdsourced maps of the Internet - to spark conversations about what is and what we want. We can engage in civil debate and disagreement - as so many communities - from pop stars to college students, have with the "It gets Better" and "Make it Better" campaigns against bullying, violence and intolerance. We can actively seek to know "the other," as thousands of Jews and Muslims did this past weekend in a dedicated series of "religious twinning" services.

If Kennedy's read of history is accurate, and if this is a moment of such profound transition that we will only see it clearly in the rearview mirror, than what we need to be doing now is imagining what better could look like. How do we want services and social goods created and paid for? What can social business do and what needs an independent, civic infrastructure protected from the vagaries of politics and the motivations of a bottom line? What do the digital tools, the massive datasets, the communications instancy, the ability to combine crowds with expertise give us that our 20th Century forebears could not have imagined when they endowed great foundations, built public services, and codified certain practices almost 100 years ago?

We can only put new rules into place if we imagine them first. We're running up against old rules. There are examples aplenty of individual activism - from the Tea Party to Wikileaks - that are "first wave" reactions against the existing structures. Now is the time to start using that same combination of collective and individual to write the new rules.

Lucy, I learned something new about you--that you're a historian by training. So am I, and if it weren't for my assessment over 20 years ago that the supply of history professors far exceeded the demand for them, I'd have a history PhD now. I also think you're on to something--it's long struck me that we're at an important crossroads in defining what we want as societies and communities around the world--the mix and trends re private and public goods (without assuming that public goods=public sector) and the mix and trends re material and nonmaterial goods can be renegotiated in the coming years. If we want. If we can.

Yes - we historians can find each other by the secret handshake, especially those of us outside of academia!

Thanks for writing in - I've been reading Tim Wu's book - The Master Switch - about the cycles of information, freedom, business, and government intervention. We are in the midst of transition in our own - more important (I would argue) cycle of civil society and the production, financing and distribution of social goods.

And, sadly, I think the historian supply/demand ratio at universities is still as you accurately assessed 20 years ago. For our next trick t we need to disrupt higher education so those of us who love and value history can find work using those skills directly (I use them indirectly every day)