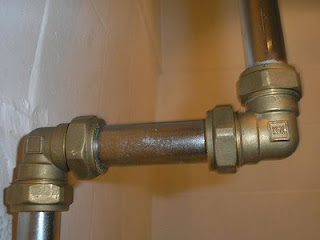 Social entrepreneurs are hot. Whether they're building new ways to get water to rural farmers, developing LED light sources for those who live too far from the grid, training inner city residents for jobs in sustainable energy, or organizing groups of young people from different faiths, these people seek big solutions to big problems.

And there are big networks behind them. Ashoka. Skoll. Avina. Echoing Green. PopTech. TED. Civic Ventures. While we tend to associate entrepreneurism with individuals, it turns out the networks are great at finding, supporting, scaling and mentoring them.

Now some of those networks - The Skoll Foundation, PopTech, ideablob, and Civic Ventures - are coming together, through the wonders of technology and with the support of the folks at SocialActions. This group has just announced the Social Entrepreneurs API - which is essentially an open database of social entrepreneurs that will open in July.

The API takes the kind of small scale cross network promotion that Ashoka did with some of the Goldman Prize winners and makes it big. It's nothing short of putting philanthropic data in the cloud - which leaves it to all of us to figure out what cool things to do with it....Go ahead, think about it? What would you do with these data? SocialEdge is going to use it for a search engine. Dowser is going to use it to provide deeper information on social entrepreneurs. This kind of sharing is very cool - once you put all these data together the possibilities for seeing new patterns, finding new partners, and identifying new opportunities grows exponentially. How will you use tools like this?

Really interesting idea. Would be similarly interesting to factor in the rest of the social entrepreneurship world, not just US-based organisations and networks.

Lucy, thanks for highlighting this project. We're excited about it, too, and look forward to seeing where it goes.

NTemple, we strongly agree that the entire world of social entrepreneurship deserves these kinds of collaborative resources. Many of the organizations participating in the Social Entrepreneur API already support a global community of entrepreneurs, and we anticipate folding more esteemed, global-impact organizations into the API as it develops.